Getting into the New York City Comedy Clubs 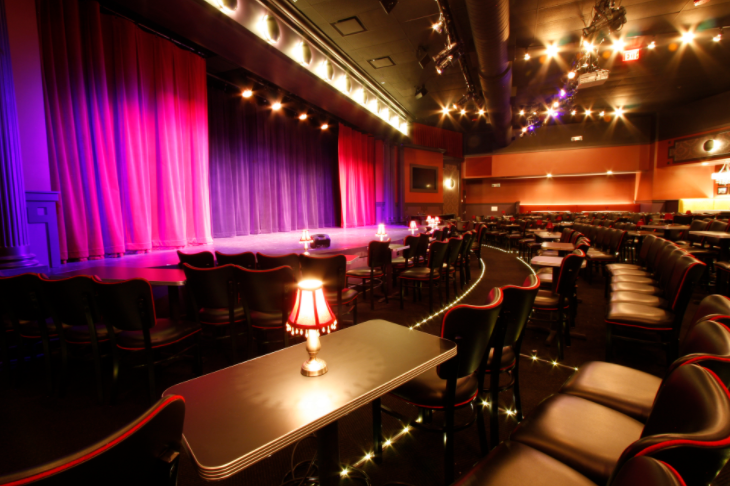 So you’ve been busting your ass off at the Open Mics, lost all your friends with your multiple bringer shows, and are now looking to get passed at a comedy club.  Assuming your act is up to snuff (tip: go to a comedy club that you’re looking to get passed at and watch the comics on the line up – can you match the level of laughs they are getting if it were you up there? The good news is to get the initial guest spot pass you do not necessarily have to be as strong as those paid pros. Many of the clubs do groom new talent, but you do want to be able to hold your own – because these are the comics you are going to have to follow and the audience is going to expect the quality to be at least somewhat consistent between comics, and also it really sucks having to follow a killer and not being able to hold your own).  So, assuming you are good and ready, here are the nuts and bolts:

First and foremost, if you have a strong credit like a late night TV credit (which is NOT necessary.  I’ve gotten passed at every NYC comedy club (except for The Stand – still working on it!) without a late night TV credit), then it’s best to get a friend who is a regular at the club to recommend you and you can send that nice hot tape of yours killing on late night.  Even if you don’t have a strong credit, referrals from a trusted regular always carry weight.  But if you have that late night TV credit, chances are you are not reading this blog post, so here goes – other ways you can get into some of the NYC clubs:

The Comedy Cellar: The grand daddy of comedy clubs.  This club usually requires recommendations from TWO comedy cellar regulars, OR one famous comedian recommendation like a Dave Chappelle or Ray Romano, in order to get an audition.  Lately there has been a newer audition process set up by one of the regulars, Sherrod Small – he has been getting comedians he thinks have what it takes in front of the General Manager on the Monday New Joke Night, and if she likes you she will pass your tape on to the Booker, who will then invite you to an audition if she likes your tape.  Sherrod doesn’t mind when comics ask him if he thinks they are ready for the audition, and will give his honest opinion.

Standup NY: The comics who have gotten in have all told me it’s a matter of “hang out hang out hang out” – go to the club, get to know the people there, let them know you are a comic.  There is a bar outside the showroom where comics hang out.  I’m personally not a fan of the hanging out method as I didn’t think it was a productive use of my time, and focused my time on just getting better at stand-up, but I have to mention this as it HAS worked for other people. And actually I did sorta get in from hanging out – I did my JFL audition at Stand-up NY, one of my girlfriends came out to support, she happened to be friends with one of the owners of Stand-up NY so we all hung out afterwards, and then he told me to send my tape to the booker.  But this was an INCREDIBLY lucky hang 🙂

New York Comedy Club:  They had an audition process prior to the pandemic but last I heard it was on hold.  I would call the club periodically to ask if they are starting up their auditions again.  Usually one gets passed for late night first (where you go up after the main show to do 5 min sets) but comics have definitely moved on up from late night to checks, and then guest spots and pro spots.

Broadway Comedy Club: Bringer audition – this show is super packed so you will at least get a great tape out of it.  This is run by Gordon at the Industry Room: https://www.theindustryroom.com/ His contact details are on the website.  You stand to win a 2 month Residency at the Broadway Comedy Club, meaning you are on a pro show once a week for 2 months – which is a tremendous way to get stronger.  Comics have gotten booked to be in the regular rotation after doing the Residency.  Note that even if you don’t get the 2 month Residency they will also give out mini residencies (one month) or guest spots to other comics who did well so there’s often something to be gotten out of doing this show. This was the program that got me my start in comedy. I had to go up after all these professional comics on a regular show, and saw how high the bar was and how much better I had to get, and I became a better comic because of this program.  The booker is also a really nice guy who watches out for comedians.

Comic Strip Live:  They did a lottery every year before the pandemic where comedians line up and get an audition date later in the year.  I’m not sure if/when they will reinstate this.  Kim Donat also runs bringer shows there and was the one who recommended me to the booker after she saw that I was ready.  Her IG is @kimmydonat

West Side Comedy Club: Felicia Madison is the booker and runs open mics and New Talent shows where you get to be seen by her and potentially passed.  Really sweet person who cares about comedians.  Her contact information and dates for mics and new talent shows can be found here: https://www.fcomedyclub.com/

Producing a show – a lot of the clubs allow external producers to produce shows at their club.  This is a good way of getting in with a club, and I know of comics who have gotten into the rotation because of producing shows at a club.  You can hit the club cold and ask to produce there, or better yet, ask a fellow producer who produces at the club to make an introduction.

Internships – some clubs offer internships where you do some work for the club (often seating people) in exchange for 5 minutes of stage time. I know Broadway Comedy Club has an internship program for sure.  Feel free to call other clubs to see if they do. (But NOT Gotham or Caroline’s or the Cellar, and probably not the Stand either)

Barking – The Grisly Pear gives comics the opportunity to bark (getting people to watch the show) for stage time.  Their contact information is on their website: https://www.grislypearstandup.com/